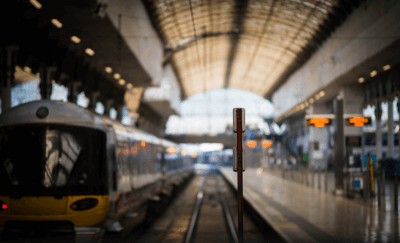 The National Rail Enquiries is the national train service of the United Kingdom, like Amtrak for the Brits. Like a lot of large organizations, they manage a website that gets a significant amount of traffic each day, but are also prone to spikes based on outside conditions, such as weather, which can cause delays.

In 2013, the British Isles suffered the brunt of a huge storm, known now as the St. Jude’s Storm that brought Hurricane-force winds to the islands. Would-be travelers flocked to the NRE’s website to find train schedules and information and … were met with a page that more often than not would not load.

Because of the storm, so many people flooded the site that it could not handle the increased capacity. As the organization’s director told Computer Weekly, they thought they had enough computing power in reserve to handle a major spike, but they were ultimately wrong.

What happened to the National Rail Enquiries is actually pretty normal. It’s hard to gauge the computing capacity needed, especially if your organization has never seen that kind of spike before. While some users could still access the site, many found it unresponsive or slow.

That downtime cost the organization in many ways. The primary one is lost trust. People went to that site for critical information during a storm, something that greatly impacted their lives at that time. Remembering that bad experience, it’s possible they’ll seek other forms of travel for future trips.

That’s the thing with website downtime. While it may cost you revenue immediately, it can have a long-term effect as well. People remember when they have a bad experience. That’s what makes website uptime so important and why, if your site goes down, you need to fix it immediately. Downtime is expensive, both now, but also in the future.

This is an important case study. It shows that even with best efforts, organizations can face costly downtime. Sometimes the best planning goes for naught, so the key thing is to consider the worst and plan beyond that. Having that level of computing power in reserve may cost more than an organization intends to initially pay, but at the end of the day, it will more than pay for itself.