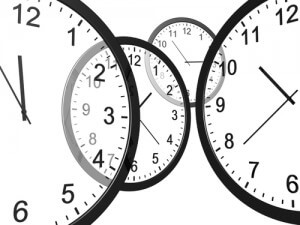 What is the Worst Time for a Website Crash?

Website downtime costs you money, but not all downtime minutes are counted equally. It’s always frustrating when your site fails, but for a website owner, there is a huge difference between an outage at 3 a.m. on a random Tuesday in March as opposed to one at 10 a.m. on Black Friday.

The Internet is subject to a wide range of usage patterns that web companies study in order to maximize the effectiveness of their sites. While many factors are at play, there are a few times that would be the worst for your site to crash.

The peak hours of total Internet usage are between 7 p.m. and 9 p.m. in a given time zone, although those hours are more important for highly populated areas like the eastern United States. It makes sense, too. People get home from work, eat dinner, and then turn to the Internet. That may be for entertainment, like streaming a favorite show, shopping for a needed item, or looking up information.

This time is known as Internet rush hour because it is when most people are free to use the web. Other peak times include early morning around 7 a.m., lunchtime, and right before people leave work at 5 p.m. The growth of mobile devices has lessened the severity of these peaks because it is now easier for people to get online, but they still serve as a good guideline. These are also the times that a lot of Internet marketers release their advertisements in order to get the widest audience.

For most companies, having a site go down during these times is problematic. The worst time, though, is probably company specific. While web traffic may be steady most of the year, companies need to prepare themselves if they believe a surge in traffic is coming. This could happen if they spent a large amount of money on an advertising package and hope to see more traffic, or if they recently got a good deal of media exposure.

Too much traffic to your site can cause it to crash without the proper servers behind it. If you anticipate a rush of hits to your site, make sure you are prepared because nothing is worse than people who want to access your site but are not able to do so. A good fallback tool is Uptime.com, which can monitor your site from more than 30 countries to make sure it is accessible at all hours of the day and alert you the moment it goes down.