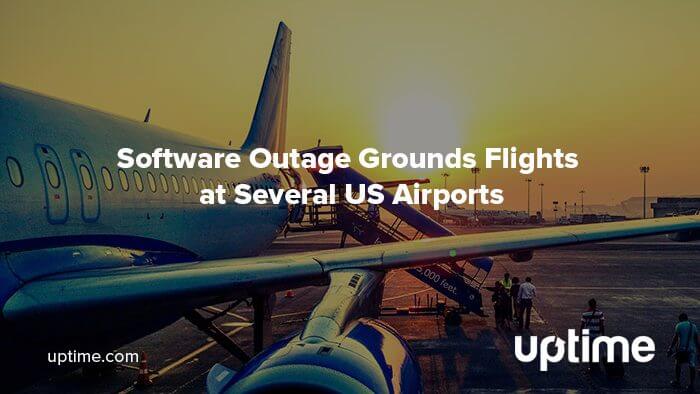 Air travelers in the United States experienced significant flight delays yesterday due to a software outage.

People traveling on American Airlines, JetBlue, WestJet and Alaska Airlines were unable to board their flights due to problems with Sabre software.

Passengers across the U.S. were left stranded Tuesday due to a systems power outage for @AmericanAir, @JetBlue and @AlaskaAir, according to @washingtonpost. https://t.co/6fXGkge05o

The Software Outage So Far

The outages began around 11AM on March 26, and were resolved about 40 minutes later. Sabre has yet to announce what caused the massive software outage. They did acknowledge the “system issue” on Twitter after the software was back up and running.

Earlier today, Sabre experienced a system issue that impacted some customers. Technical teams were immediately engaged. Systems have recovered and customers are reporting normal operations. We apologize for the inconvenience to those affected.

Even though the outage only affected a handful of airlines, air travelers nationwide were met with unusually long wait times with many frustrated travelers tweeting photos of long lines.

Standing in a huge line at Logan airport… @JetBlue‘s entire system is down and no one can check in…not even the agents! pic.twitter.com/SuZ8CiC84V

Sabre is one of the largest travel software companies in the world, which handles approximately $120B of travel transactions annually. Their customers include over 400 airlines and 220,000 hotels.