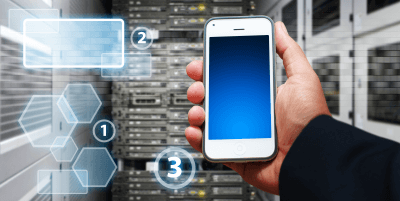 Computer language is notoriously complex, making it difficult for a layman to step in and make sense of what is going on. To help users understand some of the terms that Uptime.com uses, especially when it comes to specific technologies, we’ve created a handy-little dictionary that can hopefully help you make sense of it.

Formally known as Secure Socket Shell, SSH is a network command that provides administrators with a secure way to access a remote computer. It’s what your company’s IT staff might use to look at your computer from a remote locate to fix a problem. SSH is used because it provides strong authentication and encrypts data communications between the two computers, making it a safe way to transmit information and move files from one computer to another.

You’ve likely seen TCP mentioned along with the letters IP. It’s a popular computer acronym, but one you might not know the meaning of. TCP stands for Transmission Control Protocol, which is a way two computers can connect to exchange streams of data. This is slightly different from IP, where computers exchange data, but it’s between single packets and not a firm connection. All computers connected to the Internet commonly use TCP.

This is a cousin of TCP/IP and stands for User Datagram Protocol. The reason you likely haven’t heard of it is because it’s not considered very useful. It’s used for establishing low-latency connections between applications in the Internet. UDP uses much less bandwidth than TCP/IP, but as a result has a lower success rate. Packets can be lost or received out of order, leading to more errors. However, some sites use this connection, generally for lower priority applications to save on overall bandwidth.

The Domain Name System is something computer users use everyday, but likely don’t know even exists. The Internet recognizes webpages by numbers, instead of names. DNS links website names, like ESPN.com for example, with it’s corresponding number. That way, when you can remember the common name of a site, instead of needing to remember a long and complicated number, it makes browsing the Internet much simpler.